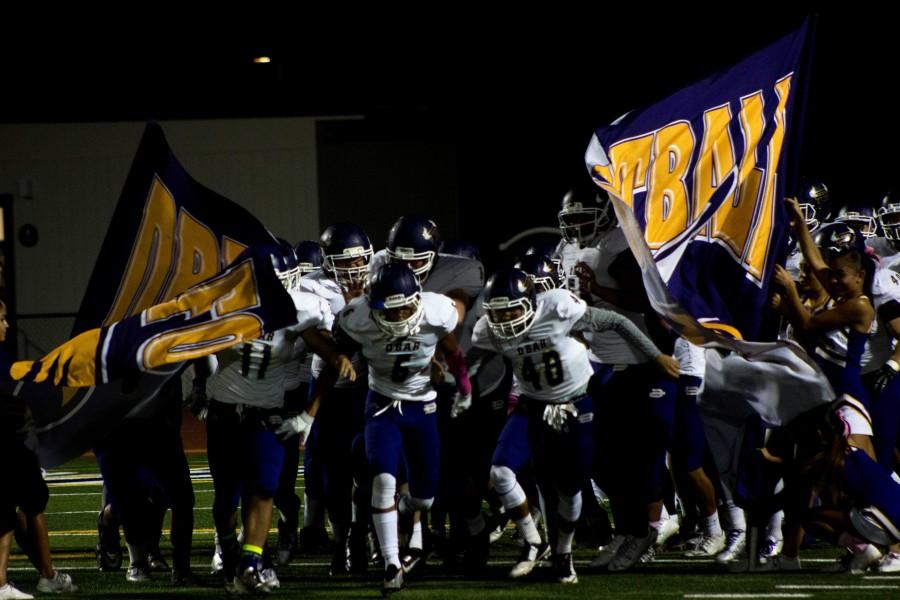 After the loss against Ayala, the Diamond Bar Brahmas seemingly have been unable to recover; the team was defeated once again on Friday, losing 17-10 as the South Hills Huskies scored the winning touchdown with two minutes left in the game.

“I think we were prepared,” head coach Marcus Hughes said. “We just didn’t get to win.”

The loss means that the Brahmas need to win all three of their remaining league games in order to qualify for CIF.

While the first quarter was dominated by the Huskies, the rest of the game was a struggle for both teams to gain the lead. Even though Diamond Bar quarterbacks, junior Grant Mestas and his backup sophomore Wayne Schuster, were both absent from the game, the Brahmas still put up an impressive fight with junior Davion Bluitt playing quarterback for the game. With a total of two touchdowns made throughout the entire game, it was another close match.

The second quarter was a struggle for both teams. Senior Anthony Vazquez managed to kick a field goal with five minutes remaining, bringing the score to 7-3. However, South Hills scored a field goal of its own with less than a minute left, bringing the point gap to 10-3 before the end of the half.

The turning point for the Brahmas came in the third quarter when senior running back Dimaggio Rico scored Diamond Bar’s only touchdown of the game, a 20-yard run. The point after tied the game.

The Brahmas gave it their all during the final quarter, but they were unable to score another touchdown despite a South Hills turnover on downs with eight minutes left. In the final two minutes, Diamond Bar continued its attempt at driving the ball up the field but could not stop South Hill’s winning touchdown with only two minutes remaining. After converting the extra point, the score was 17-10 and the Brahmas could not tie the score with the time remaining.

“We’re a good team, we’re close, and we just have to keep getting better at making plays,” Hughes said.