My rationale for going to University of Pennsylvania was that if I was ever going to live outside of California anytime in my life, it would be now. While it might not have been the best reason for picking a university to attend for the next four year of my life, I was blinded by my excitement. All the college students who came back to Diamond Bar during my senior year of high school seemed to gush about their new lives and I was eager for the next adventurous chapter of my life, regardless of the location. However, no one tells you about the struggle many college students face during their transition.

Firstly, I want to make it clear that I consider myself a fairly independent person when I lived in Diamond Bar. I drove to school, bought groceries, worked for gas money, and made dinner for myself, so I believed my transition to college would be smooth. But, regardless of the person I used to be, I realized that at Penn, I was truly on my own without familiar faces to look to for reassurance.

I found the first week to be especially frightening— I was always on my toes during New Student Orientation because I constantly wanted my first impression to be my best impression. During that first week, I was forced to realize that the college drinking culture is very real, but also that it should not pressure you to drink or smoke if you are not comfortable.

Furthermore, I have found the people at Penn harder to connect with–not necessarily a bad thing as it allowed me to realize that I was living in a bubble back in Southern California.

In terms of academics, I have to say I also had difficulty adjusting, which took me by surprise considering I had taken classes at local community colleges in high school. As many Penn upperclassmen have told me, “Penn is a different beast.” There is undoubtedly a frightening, competitive atmosphere, which is nerve-racking at times, but also forces me to become the best version of myself. I am also facing academics with a different mindset—I advise any student who is having a difficult time adjusting to school to use their school’s resources. The support from my peer advisor and learning center at Penn is phenomenal.

Additionally, I am finally as comfortable as I am now because of the friends I have made here. I realized that when you are yourself, the people that gravitate towards you are the ones that will end up being your closest friends. I have met people who will undoubtedly be life-long friends and provide undying support in spite of the countless struggles I have encountered here.

To any west coast students that are considering schools on the east coast, I strongly encourage you visit the school first. Now, this may seem obvious to many people, but I was a wait list student planning on attending UC Berkeley, and I took a gamble by committing to Penn without ever visiting. Now that I am here, there is nothing I miss more than the Californian sun, taco adventures with my boyfriend Bill, and being able to walk outside without having my hands turn numb from the cold. (Never underestimate how cold it can get in the east coast.)

After only being here for about 3 months, I can confidently say that I gambled and won. I have found a home in a place 2,709.4 miles away from home, even if my school pride never does reach the point where “I bleed red and blue.” Choosing to come to Penn was the right decision, even though it took me an unusually long time to adjust. But, as cheesy as it sounds, time did solve my problems. 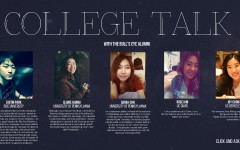 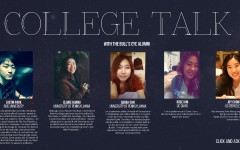