Two years after its 2012 album, “Over Exposed,” and a couple seasons after Adam Levine’s appearances on “The Voice”, Maroon 5 is back with its fifth album, aptly titled, “V.” The studio album, produced by Interscope Records and co-recorded with hit producers Sia, Benny Blanco, and Passovoy, neatly aggregates generic pop progressions into a work that is determined to deliver single-after-single to the top of BillBoard charts. Its promotional single, “Maps”, is well under way, placing 6th on the Hot 100, with “Animals” and “It Was Always You” following close behind.

Clocking in at approximately 41 minutes, Maroon 5’s latest installment is anything but unexpected – in fact, the entire album encompasses a formulaic approach that mimics elements of “Over Exposed” down to the beats-per-minute. Don’t be surprised if you detect hints of “Moves like Jagger” and “Payphone” energy and tempos channeled through multiple tracks on the record. This familiar territory also includes Levine’s signature vocals, which maintain a crisp, fine-tuned quality and place a focus on his high-pitched range and falsetto croons.

In the album, Levine sings of romantic love – the betrayals, thrills, and chase of it all – toying with a nonchalant tone that does well to play up the boy-band image he tries to portray in this rendition. The record starts off with a fiery punch; “Maps” followed by “Animal” and “It Was Always You” deliver slick beats accompanied by heavy bass notes, hip-hop rounds, and guitar riffs in the background.

The album then launches into a series of ballads that strike with an anthemic vibe, some of my favorites including “Unkiss Me” and “Leaving California.” Though Levine executes the songs with precision, these ballads fall short because of the lack of emotion and quality of lyrics. From this point on, the record also begins to severely degrade due to the repetitive sounds and bland, unappealing production content. Tracks such as “In Your Pocket” and “New Love” leave no significant impressions.

While the album packs an initial upbeat delivery, the overall record is glazed over by a top-heavy electronic-synth and over-processed overlay that can drown out some tracks into sounding like recycled versions of one another, such as in “Coming Back For You” and “Feelings.”Loyal fans since the days of “She Will Be Loved” won’t be hearing any slow, soulful tunes this time around either; rather, the record’s emphasis is specifically geared towards a radio-oriented audience instead of a Pandora surfer.

Maroon 5 may be able to squeeze out a couple hit singles from its latest album; however, the record in its entity is no extraordinary piece by any means. Some tracks are ostensibly catchy and easy to nod along to but the production quality is, at best, mediocre and generic – some songs are simply too over-produced and artificial to be a good listen. For music enthusiasts who prefer pop-rock jams (with a heavy emphasis on pop) and Levine’s unique vocals, the album may be a suitable choice. Otherwise, a thorough search elsewhere would provide better music for your tastes. 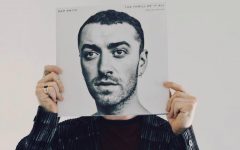