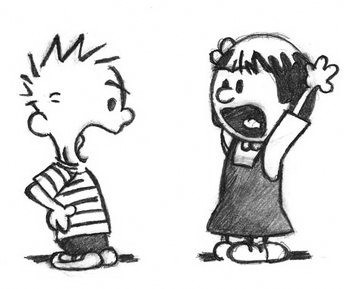 Instead of voicing my opinion on one particular topic, I’m going to use this column to break down four popular, endless sports debate trending to this day.

1. Is the NBA draft lottery rigged?
This is a topic that will never find an end until those ping pong balls are shown on live television. Until then, I do think the NBA fixes the draft lottery. It was clear Anthony Davis was going to be the number one pick with franchise changing potential in the 2012 lottery. New Orleans, with only a chance of 13.7 percent for the first pick, ended up landing Davis. The fact that New Orleans was owned by the NBA at the time raises some questions and doubts. Even going to the extent of blocking the Chris Paul to LA trade, what will the Hornets not do to try and build an attractive roster to sell? And don’t even get me started on how the Cleveland Cavaliers got four first overall picks in the past decade.

2. Should soccer use instant replay technology?
This debate deserves a big fat yes. This is the cure for bad officiating, which is detrimental to the sport of soccer. The NBA and NFL has used the instant replay technology for a while now and the MLB started this year. Coaches deserve a chance to challenge calls during games. People argue the use of instant replay breaks the long-lasting tradition of soccer. However, there needs to be justice on the field and as of right now, the referee holds too much power.

3. Was it Phil or the players?
Phil Jackson couldn’t have done it without Kobe Bryant and Michael Jordan. Kobe and MJ couldn’t have done it without Phil. No one player deserves 100 percent credit when it comes down to rings. Yes, Kobe and MJ are and were the best to ever play the game, but without a mastermind basketball genius running things, it is safe to say that Kobe and MJ could have ended up ring-less without Phil. People only look at this debate with a perspective that the Zen Master has 11 championships due to Kobe or MJ. However, what people do not understand is that Kobe and MJ never won a ring without Phil. Kobe and MJ could not prove to the sports world that they could win a ring without Phil. So yes, it wasn’t just the players. Phil brings an unmatched winning tradition to the teams he coaches, just look at his decorated fingers.

4. Are athletes overpaid?
I’m going to go off on a limb on this one and say athletes’ salaries should remain as is. Yes, they are getting paid millions while doctors are making $200,000 but what fun is it when watching your favorite baseball player making the same amount as the average person? Athletes are celebrities; they need to be paid in high amounts because money is what drives athletes to compete and want to play. Cut their payroll and see if you can get the same entertainment from your favorite sports teams. You’re not going to get any fun.