Book Review: The Here and Now

Best known for “The Sisterhood of the Traveling Pants,” Ann Brashares broke away from her traditional contemporary settings and ventured out into the topic of time travel in her new novel, “The Here and Now.” Having read and enjoyed the “Sisterhood” series, I immediately checked out her novel from the library, excited to experience another one of Brashares’ works. Unfortunately, the book wasn’t as good as I had hoped. 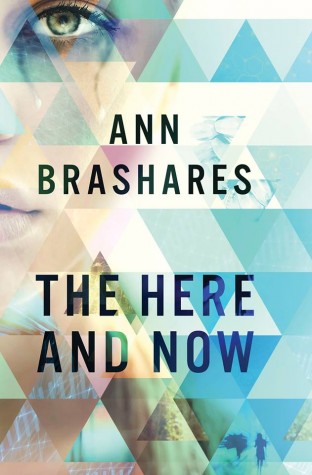 The future of technology has been predicted again and again by scientists of every age, and the inventions that they hope to see vary greatly. In “The Here and Now,” protagonist Prenna James is a teenage girl who lives in New York after immigrating from the future.

Prenna comes from a different time, a future in which mosquito-borne blood plagues are rampant and society is disintegrating rapidly. To save the future from these devastating diseases, a group of around a thousand citizens from America travels through time to the past—to our current society—to identify the cause of the first plague. Prenna soon discovers a major event that could keep the plague from developing and with her love interest, Ethan, tries to prevent it from happening.“The Here and Now” is the supposedly “thrilling” tale of how Prenna rebels against all the rules she was taught to obey and interferes with time in hopes of preserving her future world.

Because this novel is so short, I expected it to be action packed and adventure filled. However, I was sorely disappointed. The majority of the novel contained unnecessary fluff between Prenna and Ethan. Their relationship was given no time to develop;it’s even worse than that of “Twilight.”

In addition, Brashares tries to build up her future world quickly, and as a result, readers are subjected to massive “information dumps.” Brashares manipulates the plot line by alternating between the present and the future in an attempt to build intrigue and suspense, to no avail. The reader has no time to adjust to the sudden time skips, and as a result, is disconcerted and often left confused.

All of this buildup is for nothing, because unlike most novels, there is no sudden shock, no plot twist that changes everything. The book plays out predictably, and there’s a happy ever after (to no one’s surprise). This book, which held so much promise, with a beautiful cover and interesting plot summary, was an utter letdown.

Although Brashares’ efforts to try out a new type of young adult fiction were noble, in the end, the novel failed to deliver on its promise of a thrilling tale of time travel and romance, and made me miss the good old days of “Traveling Pants.”