What Are You Reading Now? : Purple Hibiscus 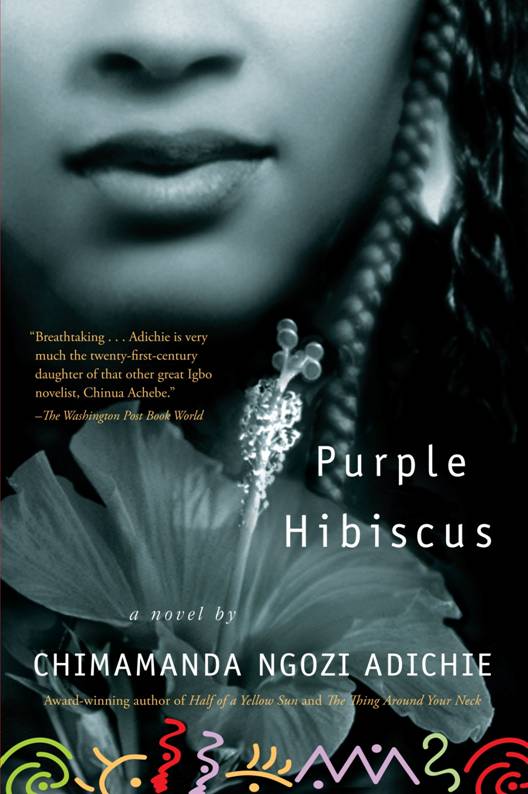 There are no two ways about it: Charles Bukowski’s “Ham on Rye” is definitely bawdy and all things obscene. But it is that rawness that I love about Bukowski’s writing, and just the fact that he never sugarcoats anything. His novels are the definition of telling it like it is, and I think that is something that deserves some appreciation in this day and age.

However, “Ham on Rye” certainly is not a work that I would have come across in my literature class. In fact, I had started to resign myself to the sad fact that I would not ever encounter a book that I genuinely liked through that class.

So you can only imagine my surprise when a novel my class was assigned actually caught my attention. Never did I think the day would come that school assigned reading material would not only be bearable, but actually pretty good. Nonetheless, “Purple Hibiscus” by Chimamanda Adichie has been staring me in the face for the last couple of weeks and proving just that.

The novel is told by Kambili, a fifteen-year-old girl growing up in a devoutly Catholic household in Nigeria. Her narration makes it fairly clear early on that despite her father Eugene’s utter devotion to religion and his charity to the other villagers, he is both physically and emotionally abusive. “Purple Hibiscus” traces both Kambili’s and her brother Jaja’s growth in the midst of this religious and moral confusion, as well as the dangerous political upheaval going on within the country. It is very much a coming of age story in that these two sheltered teenagers start opening their eyes to the injustices happening around and to them, recognizing them for what they are. They identify that the violent punishment they experience at the hands of their father is wrong, as is his condemnation of “heathens” who worship the old gods. Eugene even goes as far as to deny his own father entry to his household and limits the amount of time he can spend with Kambili and Jaja.

“Purple Hibiscus” is exactly the type of book that fills a good 80 percent of my bookshelves at home. Subtly feminist and all about breaking social norms in favor of what is right, this novel has truly captivated me and tugged at my heartstrings a little bit. Not too bad, Mrs. Clifford.