Time for Something New 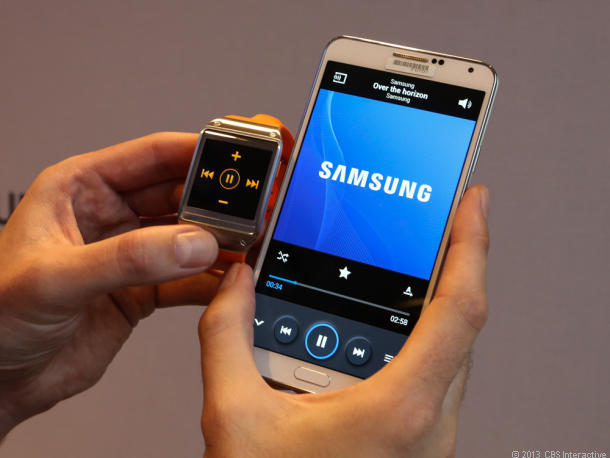 With the beginning of a new school year comes the multitude of braggarts going around bearing the latest high-tech gears that usually make my head burst with incredulity. Yet lately, I’ve been feeling crestfallen with the lack of innovative technology. We can only be presented with so many different smartphones before they all seem to look the same. Luckily, my good old pal Samsung soothed my discontent with its plans to release the “next big thing” that is bound to blow our minds away. Ladies and gentlemen, I present to you…the Samsung Galaxy Gear smartwatch.

This glamorous, new watch takes smart to a whole new level. With a 1.63-inch super AMOLED display, the Galaxy Gear comes with the latest must-haves in technology starting with a 1.9-megapixel camera, speaker, and microphones that allow you to take phone calls. If that isn’t enough, the Galaxy Gear offers 4GB of storage, music playing features and up to 70 compatible applications. Just imagine replying to all your Snapchats through a tiny device on your wrist! In addition to a stunning 320×320 resolution topped by a variety of dazzling watch faces, this classy gadget is expected to last for an entire day with its 25-hour battery life.

The Samsung Galaxy Gear is expected to launch early October for $299. Though a bit pricey, it gives buyers a chance to become the first generation of smartwatch users.

The technology of the future is coming fast. Watch out.