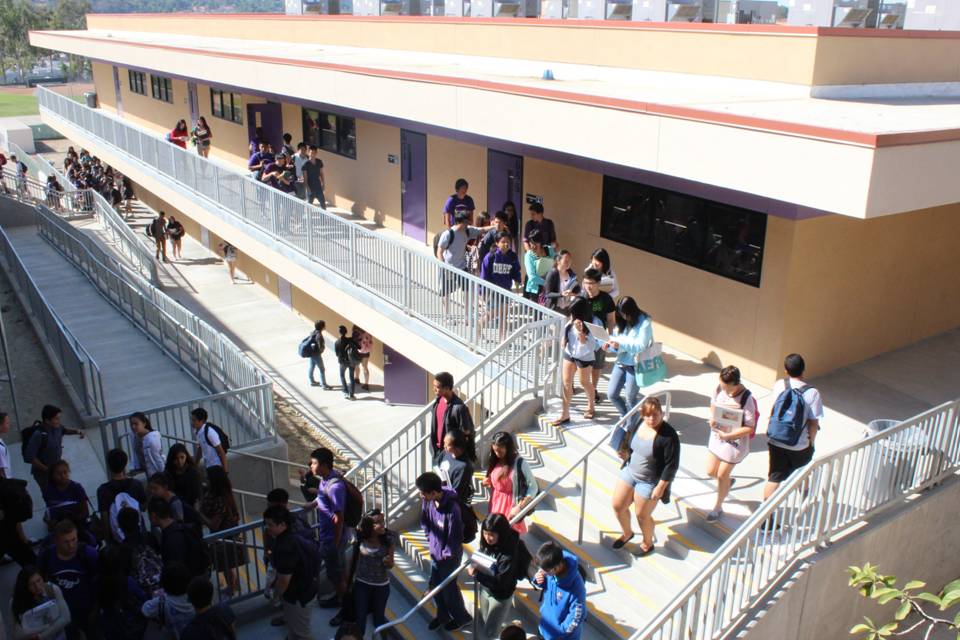 For the returning students and staff members, it was hard to miss the new addition to Diamond Bar High School’s campus. The long-awaited math building was finally completed over the past summer and also brought along several changes, including the new numbering system of all school buildings.

Unlike in the past, the new numbering system now identifies each building on campus by numbers 100 to 900. The first building, located left of the front office, is numbered in the 100’s, and the numbers for every neighboring building increase by a hundred in a clockwise order. In each building, the classrooms are numbered 1 to 50 for the lower level and 51 to 99 on the upper floor. The $4.5 million building, known as the 600 building, holds 20 new math classrooms with special features such as LCD projectors, amplified sound systems, and skylights for the upper floor classrooms.

“The new math building is awesome. New desks, new furniture, new carpet and new technology. The projector is easy to use and very helpful. The one thing I miss, being so far away from the main campus, is seeing all my [former] students,” Kent Neil, one of the math teachers utilizing the new building, shared.

Of course, due to the great distance between the new building and the main campus, there has been concerns whether  students will have enough time to reach their scheduled classes without receiving tardy penalties. The school administration is currently considering how the new math building is affecting student tardies and will determine whether it needs to create new traffic patterns or resort to other methods.

In addition to the ongoing traffic during passing periods, several malfunctions with the sound system of the new math building have caused minor troubles. The school’s older version of the public address system and the new sound system were incompatible, so announcements, like the weekly bulletin from USB, could not be made for the first several weeks of school. However, these issues were resolved, and the first announcements were made on Sept. 9.

The new math building and aquatic center, expected to be completed later this year, are only a few of the multiple future renovations DBHS looks forward to. Plans for the modernization of other parts of the campus, such as the 400 and 500 buildings and the performing arts plaza, are currently being made by the school administration.

“Time brings about a change, and there was a time for a change.  It is very difficult learning the new numbers, and it feels as though an old friend has gone. But it is progress, and I think it’s great,” Gossett said.