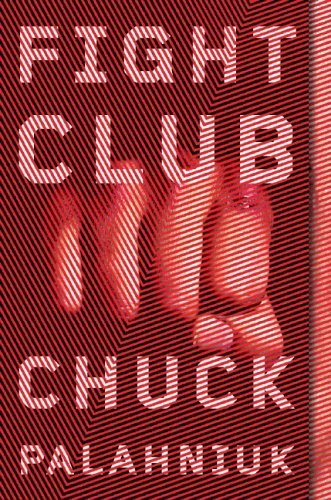 I started reading “Fight Club” by Chuck Palahniuk a week ago and I’ve just gotten past a plot twist I never saw coming. It’s this twist, coupled with Palahniuk’s dark sense of humor, that has made me fall madly in love with the book.

“Fight Club” is pretty sinister, and nearly everyone in the novel is some degree of crazy. The nameless narrator and his best friend Tyler Durden are the perfect balance to each other, and the interactions between the two that sometimes border on romantic and always include some form of organized chaos, have this intense chemistry that keeps the story going. Tyler is amazingly charismatic, and it’s because of him that fight club gains the enormous following that it does, which is the basis of the entire novel. Marla Singer, who the narrator meets at a support group where they both pretend to have cancer, is very much a reflection of the protagonist himself. He hates her for taking away his haven, the one place he can cry shamelessly, and he resents that she has started seeing Tyler and taking up so much of his time. But they are both guilty of lying about having cancer, and that, among other things, makes Marla essentially everything the narrator hates about himself but can’t let go.

I’ve often been told that “Fight Club” is a book and movie for the masses of angst-ridden boys, and I can see why one would think that, because it’s a story about two men who essentially live to wreak havoc as a kind of catharsis. To be absolutely alive and free to do anything, they must first hit rock bottom. This mentality draws young men from all walks of middle to lower class life in the book itself, as it does appeal to young male readers. I do think, however, that you don’t necessarily have to fit these criteria to enjoy the novel. “Fight Club” is as much about societal breakdown as it is about violence. It’s about isolation and the attempts to break out of it, and you don’t have to be an angry misunderstood boy to relate to that.

As I approach the last few pages of “Fight Club,” I’ve learned not to try and predict what’s going to happen next the way I normally would with other books. Palahniuk has kept me on my toes, and I never quite know what he’s going to throw out next. This is a novel to read actively and to become engrossed in, but ultimately isn’t for the squeamish.